On March 30th, friends of Hayley Hazelby, who died tragically last year of cancer, came together in memory of her to ride 50 miles from her home in Surrey to her place of work in Angel, north London, and sing 50 songs at Karaoke in order to raise money for music scholarships for children.

My girlfriend Sarah was scheduled to take part in the event, and so I decided I would too. There was a small problem however in that I did not own a bike. So, on the day before, when I decided to take part, I bought one. It seemed crazy at the time, but I am sure I will get more than enough use out of it to justify the cost in the long term. 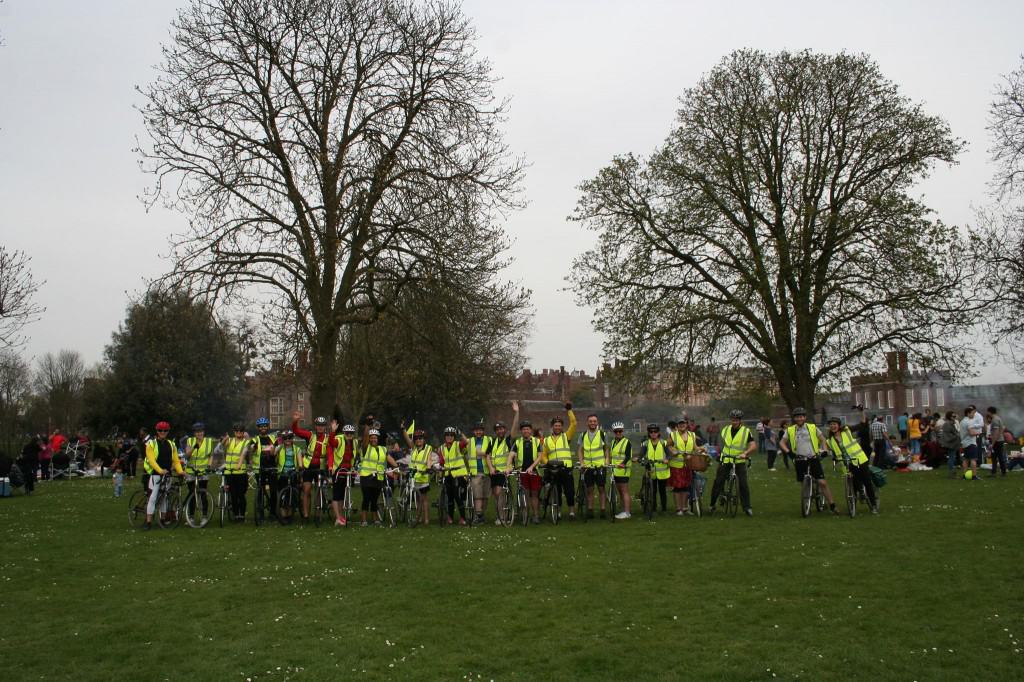 The ride itself was beautiful, taking us off the main roads and busy streets and down canals and tow-paths, through the trees and parks. The slow nature of such a large convoy of cyclists did mean we spent seven hours in the saddle, which for an untempered bum did lead to much soreness. Thankfully however, AC/DC, Johnny Cash, Iron Maiden and Aerosmith were there to take my mind off things when we finally arrived at the karaoke venue to make a spectacle of ourselves.

The event was a huge success, and raised over six thousand pounds for Hayley’s chosen charity. Moreover, it was a joyous way to commemorate someone’s life, by living through their passions on a beautiful sunny day.