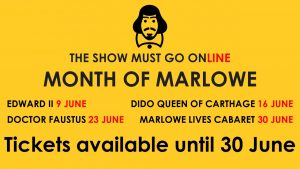 The Show Must Go Online’s Month of Marlowe platforms three exciting productions
and a variety night based on the works of Christopher Marlowe.

Weekly performed readings of the Complete Plays of Shakespeare by a global cast of all levels of experience, in the order they were believed to have been written.

Created in less than a week in response to the global Covid 19 pandemic. Follow @TSMGOnlineLive for updates. 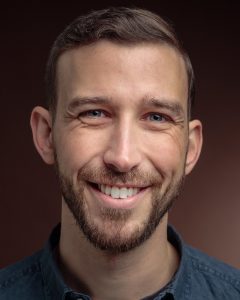 “I love Shakespeare. I act it, direct it, I run workshops for actors, offer one-to-one coaching, and created The Shakespeare Deck. Being from working class origins, I believe Shakespeare is for everyone. Being a time of crisis and isolation, I believe it is more important than ever. Look no further than Nelson Mandela, and the Robben Island Bible.” Robert Myles

The Show Must Go Online is the first, best and most prolific creator of made-for-digital Shakespeare in response to the pandemic. First featured on BBC Newsnight, in The Guardian, Playbill and more, the show has become a global movement and a cultural export, committed to making Shakespeare for everyone, for free, forever.

TSMGO drives the innovation of Zoom as a medium, rising to new creative challenges every week with ingenuity and resourcefulness. Every show is produced, cast, rehearsed and performed in a single week, with just two and a half days of rehearsal. The shows have so far amassed over 200,000 views from more than 60 countries, thanks to over 350 contributors, and has won two OnComm Awards to date.

‘Digital Groundlings’ react viscerally in the YouTube live-chat, replicating the Elizabethan theatre experience in the 21st century. Audiences have inspired the creation of a Patreon opt-in hardship fund for contributors, and the creation of merchandise to help support those who give their time and talent freely to provide an essential service during lockdown, while theatres are closed and their own futures are uncertain.

The show endeavours to provide a progressive vision for the future of theatre, with gender balanced casting and proactive inclusion of underrepresented groups. TSMGO has featured actors from 6 of the 7 continents, and of all levels of experience, from seasoned pros to new grads and enthusiastic amateurs. 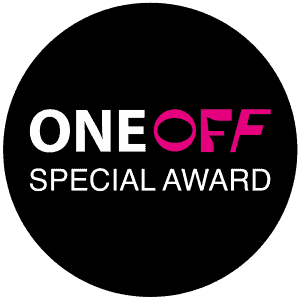 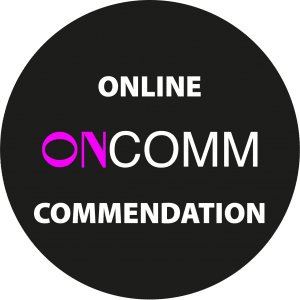 “an excellent and enjoyable way of engaging with the power and beauty of live performance.”
London Theatre 1

“Shakespeare would no doubt applaud Myles. With The Show Must Go Online, all the world’s a stage.”
Reviews Hub

“Simply magical… pulled off effortlessly and with aplomb”
ScreenRant

“live digital theatre in its truest form… from the opening second, I knew something special was happening.”
TheatreJam

CLICK HERE TO VIEW THE COMPLETE SCHEDULE OF SHOWS

MUCH ADO ABOUT NOTHING

THE MERCHANT OF VENICE

LIFE AND DEATH OF KING JOHN

GET THEE BACK TO THE FUTURE

MUCH ADO ABOUT MEAN GIRLS

THE TAMING OF THE SHREW

THE COMEDY OF ERRORS

THE TWO GENTLEMEN OF VERONA

“I’m full of happy feelings here. Haven’t felt this good all week”
“Haven’t smiled this much in ages”
“Falling over my keyboard, I tell you!”
“This is just incredible!”
“This is the best thing currently happening on the internet”
“Super innovative”
“This is actually better than on stage performances!”
“I’m NEVER going to a theatre again – take my money”

NOTICE: the team are working 24/7 to produce the weekly shows, so please expect a longer-than-normal response time.